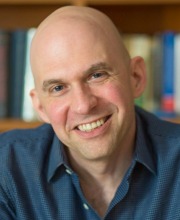 I am an historian of political thought and political theorist working as a lecturer (assistant professor) in the Department of Political Science at the Hebrew University of Jerusalem.

My primary research and teaching interests lie in the republican tradition, its critics, and its potential contribution to modern democratic theory; in conceptions of liberty, citizenship, community, and government; and in the history of political thought in the seventeenth and eighteenth centuries.

My work has been published or is forthcoming in Journal of the History of Ideas, History of Political Thought, Journal of Political Ideologies, and Citizenship Studies. These journal articles address the conceptions of liberty developed by Jeremy Bentham and Adam Ferguson; the history of the negative idea of liberty; and the concept of "ethnorepublican citizenship" in Israel. Articles under review or in progress address the relation between the neoclassical ideals of self-government and non-domination; neoclassical aspects of Adam Smith's moral and political philosophy; and Richard Price's doctrine of improvement.

Together with Geneviève Rousselière (Duke University), I edited a volume entitled Republicanism and the Future of Democracy (Cambridge University Press, 2019), which offers new perspectives from leading scholars on how republicanism can help transform democratic theory and respond to some of its most pressing challenges. According to a review published in Perspectives on Politics, "its range of subjects and the quality of its writing mean that this book is likely to become a definitive collection for the next decade."

My book manuscript, The Revolution of Liberty: Richard Price and the Idea of Freedom as Self-government, is a study of the popular republican account of liberty developed by the philosopher Richard Price and its significance in the Age of Revolutions and in our own time.