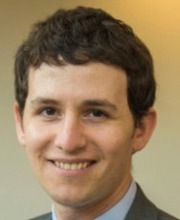 I am a Senior Lecturer in the Department of Political Science at the Hebrew University in Jerusalem.  I received my Ph.D. in political theory from Harvard University and was previously a Mellon Fellow in the Humanities at Washington University in St. Louis and the Mellon Assistant Professor of Political Theory at Vanderbilt University.  My research grapples with questions at the intersection of religion and democracy by drawing from the history of European political thought, modern and classical Jewish thought, religious studies, social theory, and literature.

My first book, Solidarity in a Secular Age: From Political Theology to Jewish Philosophy (in production with Oxford University Press), develops a new normative theory of how liberal democracies can achieve social solidarity by drawing from such thinkers as Rousseau, Kant, Habermas, Levinas, Buber, and the novelist George Eliot.  My second book, Who Governs when God Rules? Jewish Theocracy Between Kingship and Democracy (under contract with Cambridge University Press for a new series on Comparative Political Theory) examines the idea of theocracy and its tensions in classical Jewish political thought and beyond.  In my third book, Messianism and Politics from Jesus to ISIS: Religion, Philosophy, Democracy (in progress), I probe the impact of messianic ideas on politics and political theory, both historically and today.

My work has appeared in the American Political Science Review, The Journal of Politics, Critical Review of International Social and Political Philosophy, and the Oxford Handbook of Civil Society.  At Harvard I was awarded the Bowdoin Prize in the Humanities, and in 2020 I received Vanderbilt's Robert H. Birkby Award for Excellence in Undergraduate Teaching.  I am currently a Golda Meir Fellow, and have previously been a Mellon/ACLS Fellow, Harvard Presidential Scholar, Fulbright Fellow, and Edmond J. Safra Graduate Fellow in Ethics.  At Hebrew University I teach courses in the history of political thought and normative political theory, including Religion, Political Theory, and Policy Challenges, Contemporary Political Theory, and Solidarity.