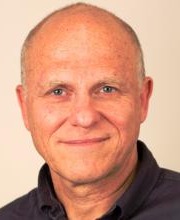 Tamir Sheafer is a Professor in the Departments of Political Science and Communication and is the Dean of the Faculty of Social Sciences at the Hebrew University of Jerusalem. He is among the founders and a previous chair of the university's Political Communication Program.

His research focuses on three main areas. The first is an actor-centered perspective, and specifically his studies of charismatic skills and personalization in the political communication arena and beyond. The second is explorations of the role of political value proximity between actors in political communication processes, and particularly between national actors in international frame building attempts in mediated public diplomacy campaigns. The third is media effects in elections, and particularly the impact of valence in agenda setting and priming.